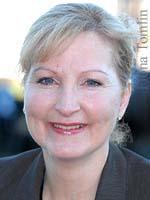 As a child living in Traralgon, Eastern Victoria, Wendy rode horses on her family property. At 17 she would ride her horse to her job as a nurse at the local vet. That was the extent of her involvement with horses. It wasn't until Wendy was 28 years old that she attended her first race meeting.

Wendy moved to Melbourne when she was 21 and was actively involved in showing her Russian Wolfhounds on the dog show circuit. It was through the dogs that she met her husband Kevin, and subsequently led her to racing.

Kevin was a dog chiropractor, greyhound trainer and horse breaker. Wendy married Kevin when she was 28 and the couple purchased a share of a horse, Black Stunner, which won at Caulfield. Wendy began helping out Black Stunner's trainer. Having had a taste of the lifestyle, Wendy's passion for racing was ignited and she decided to try her hand at training.

In 1994, Wendy began training with a couple of picnic horses and in her first year scored six wins and was named "Picnic Trainer of the Year". Wendy got her full permit to train in 1996 and has gone on from strength to strength, considered today a premier top class trainer.

Wendy built up her stable where today she likes to have no more than 26 horses in work at any one time, maintaining a hands on approach. She is an experienced Group One trainer and received an award for her achievements in racing with the Wakefield Club, Lady of Racing Award in 1997.

Her personal career highlights include group one winner Bon Hoffa and Tango Amigo's, with both horses bringing her stable success.

A progressive trainer, considered an emerging force, Wendy Kelly continues to achieve and succeed in her chosen path.