Fast Cash in the money at Moonee Valley 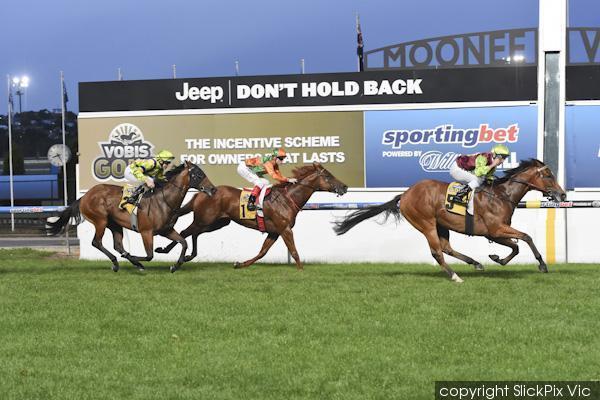 Instead Kelly is likely to go chasing more of the VOBIS Gold prizemoney on offer after Fast Cash's success in the $150,000 VOBIS Gold Carat over 1200m on Saturday.

After his last preparation which included a second placing to classy three-year-old Rich Enuff, Kelly and connections sat down and decided to set Fast Cash for the Gold Carat.

"We went through the calendar, found this race and targeted it today," Kelly said.

A lot of work has gone into turning Fast Cash's racing habits around, turning him from a get-back, run on horse to one that can bounce and take a position.

"Because he's racing differently this time in we'll reassess him but if he can be a little handier this time he may stay a little further," Kelly said."

She said the gelding may be nominated for the Australian Guineas at Flemington on March 7.

Duric said Fast Cash will derive benefit from the run as he was going into the race off a very soft trial.

"Hopefully she takes her time with him."