Late Charge takes out the Listed Sofitel at Flemington 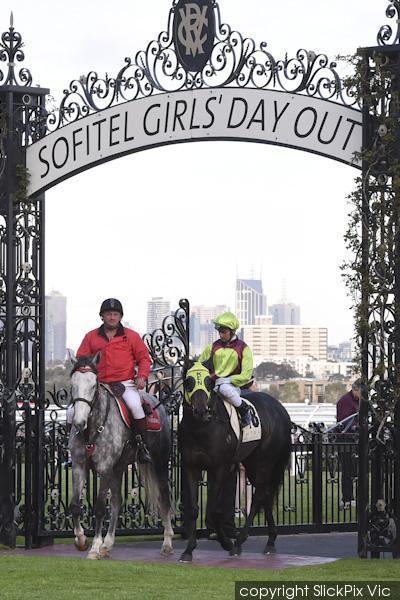 Late Charge justified trainer Wendy Kelly's decision to scratch from the feature race of the day at Flemington by winning the last race of the day, the Listed The Sofitel (1400m).
Trainer Wendy Kelly admitted she had agonised over the decision which race to run Late Charge in, having scratched from the Makybe Diva Stakes to run in The Sofitel.
"It's been quite a week, the stewards were fantastic and it's been a fairytale come true today,” Kelly said.
Late Charge raced wide but with cover to the home turn where he eased out wide to make his challenge.
Under The Louvre had gone clear along the inside with 200 metres to go, Late Charge beginning to gather momentum wide out the pair going together over the final stages, Late Charge ($4.60 fav.) edging Under The Louvre ($5) by a short half-head with Extra Zero ($31) 1 ¾-lengths away third.
"He's done super well to win this at his second run back, we'll maybe look at the Toorak (Handicap) or something like that," Kelly said.
Winning jockey Vlad Duric said Late Charge was still improving.
"He's been a work in progress but the penny is starting to drop now. I just wanted to find a spot midfield and keep him smooth and his class shone through. I'm sure there's a good race in him.” Duric said.